It is important to set up a loss cut and pull it.[stock investment] I bought it in an attempt to hold it for a long term, but I set the loss cut at 1250 yen just in case.
It is about 5% negative from the purchase amount.

I bought it in the form of buying more little by little without buying it at once, but the price went down slyly, so I bought averaging down as a result.
I thought that it would be good if it was a long term, but I thought that there was a choice to forgo the purchase early.
I think that the loss was suppressed because I bought it in about five times. 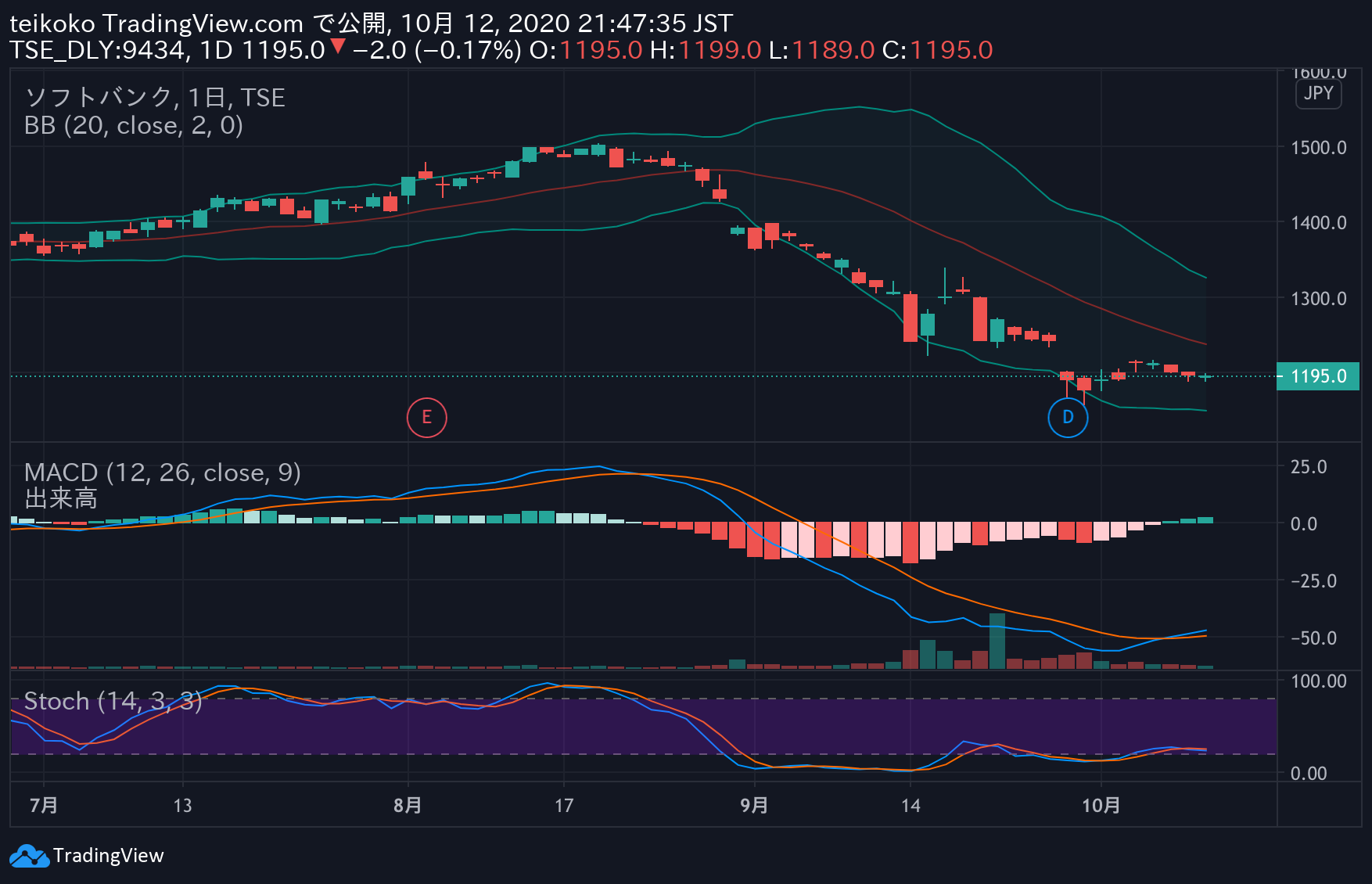 I wonder if it was the influence of Prime Minister Kan's policy, but since around September, it has been lowered too much and I was watching the chart for a while.
Sumitomo Corporation has been loss cut, so I used it to fund the purchase of this one.

It may depend on japan's policy in the future, but considering the performance and corporate conditions, I think it is quite a reasonable price.
I bought it because I wanted 5G and a little by all means from now on.
However, because it is still a lower trend now, I put a loss cut in the shallow. (about 1.5%)
From the chart, I do not see any early recovery, but I hold it for the time being.

I'm low-funded, but I started to think that even if I actually had a lot of money, what I would do would be the same.
If you take a method of managing your assets at a rate with a distributed investment, the movement will be the same just because the amount is low.
I’m thinking of investing by considering the ratio little by little.