As early as this year, January is over and February is about to come.
Stock prices went up and down this month, but when it comes to the stocks I own, I was able to make a good profit.
However, it’s a hassle to see every day, so I just put half of my holdings for sale until the end of the month at a plus 100% or 50% price.
I think I was able to secure a certain amount of profit because it was sold when it was caught in the beard part of the candlestick.

At the beginning of the month, I bought it for $2 because I thought it might go up later. I don’t know why it went up because it soared for no reason, but when it doubled, I sold half, and when it became 8 times, I sold the rest. I was lucky that the brand I bought was settled quickly, thinking that it might recover slowly after the Covid-19. After that, when I investigated, it was said that there was an exchange between the hedge fund and individual investors. It seems that there was a movement to buy aiming at places with many selling positions. I don’t know the exact thing, but it seems that some securities companies have suspended temporary buy orders. 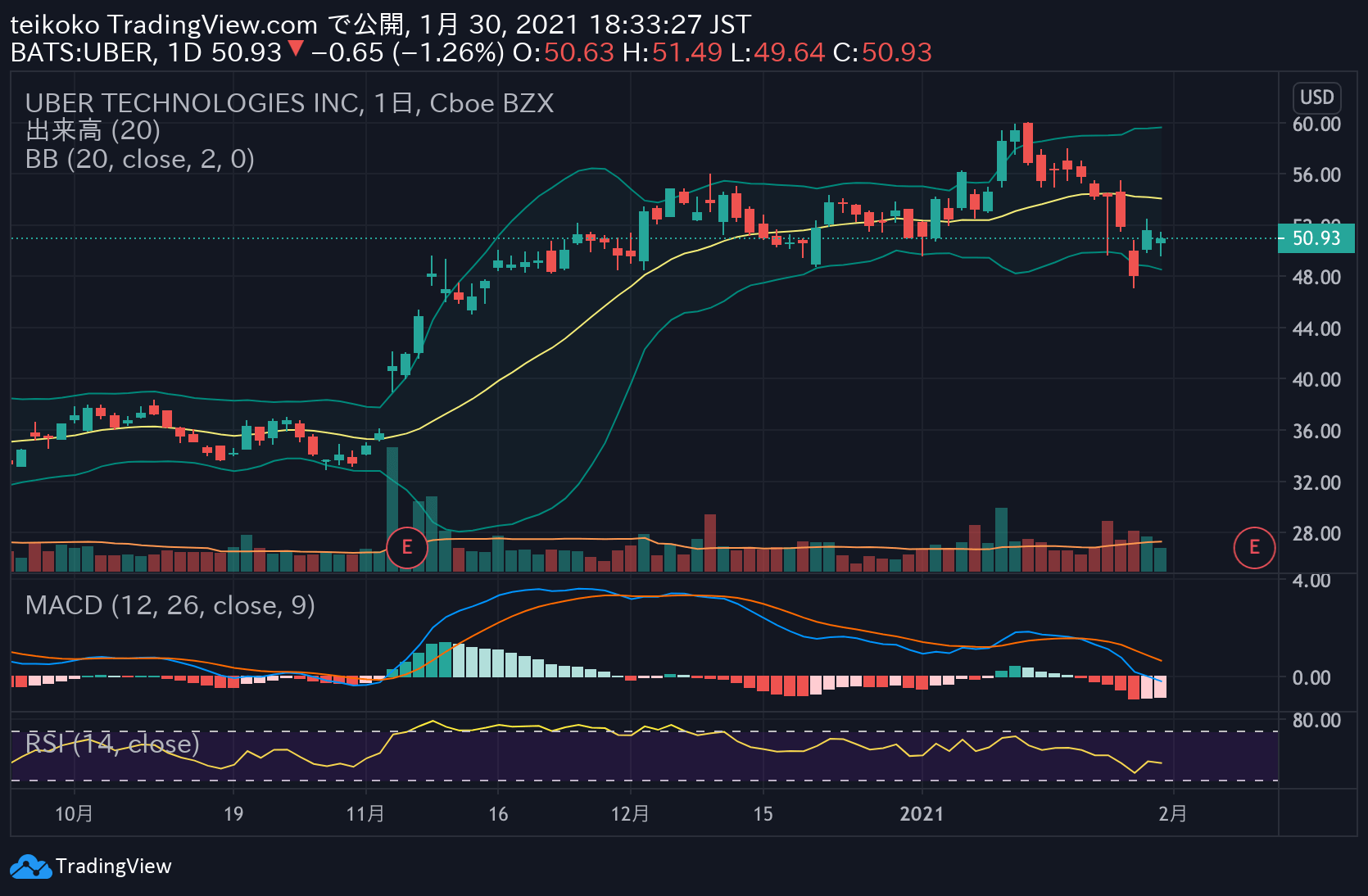 I sold half of my holdings at plus 50%. I’ve lowered it since then, but I’m thinking of holding the rest for a while. 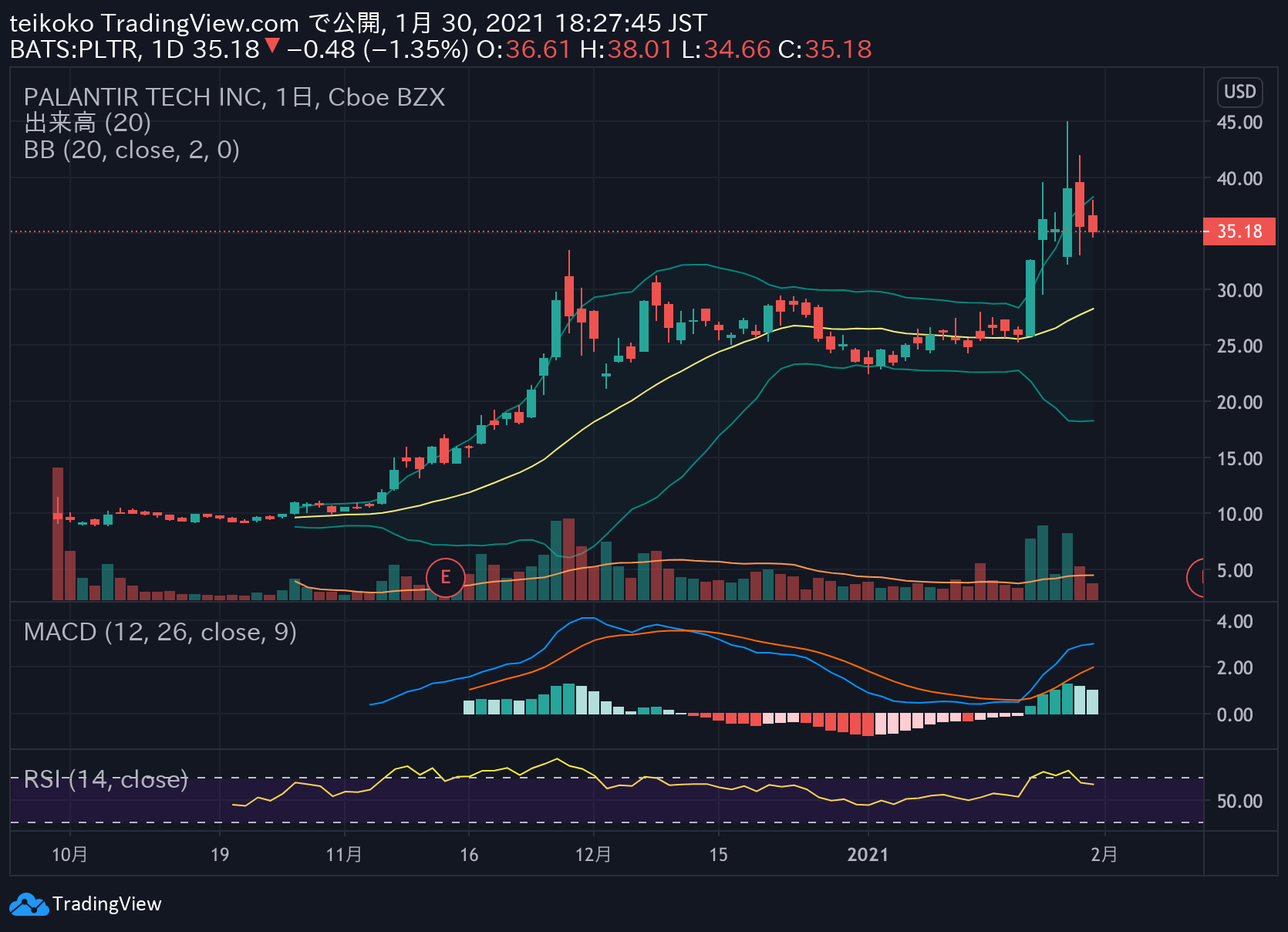 Sell half of my holdings at plus 100%. When I lost-cut NIO and cashed it, I thought I would buy it because I had cash, but as a result, the performance was better than NIO. Like UBER, the other half will be owned for a while. 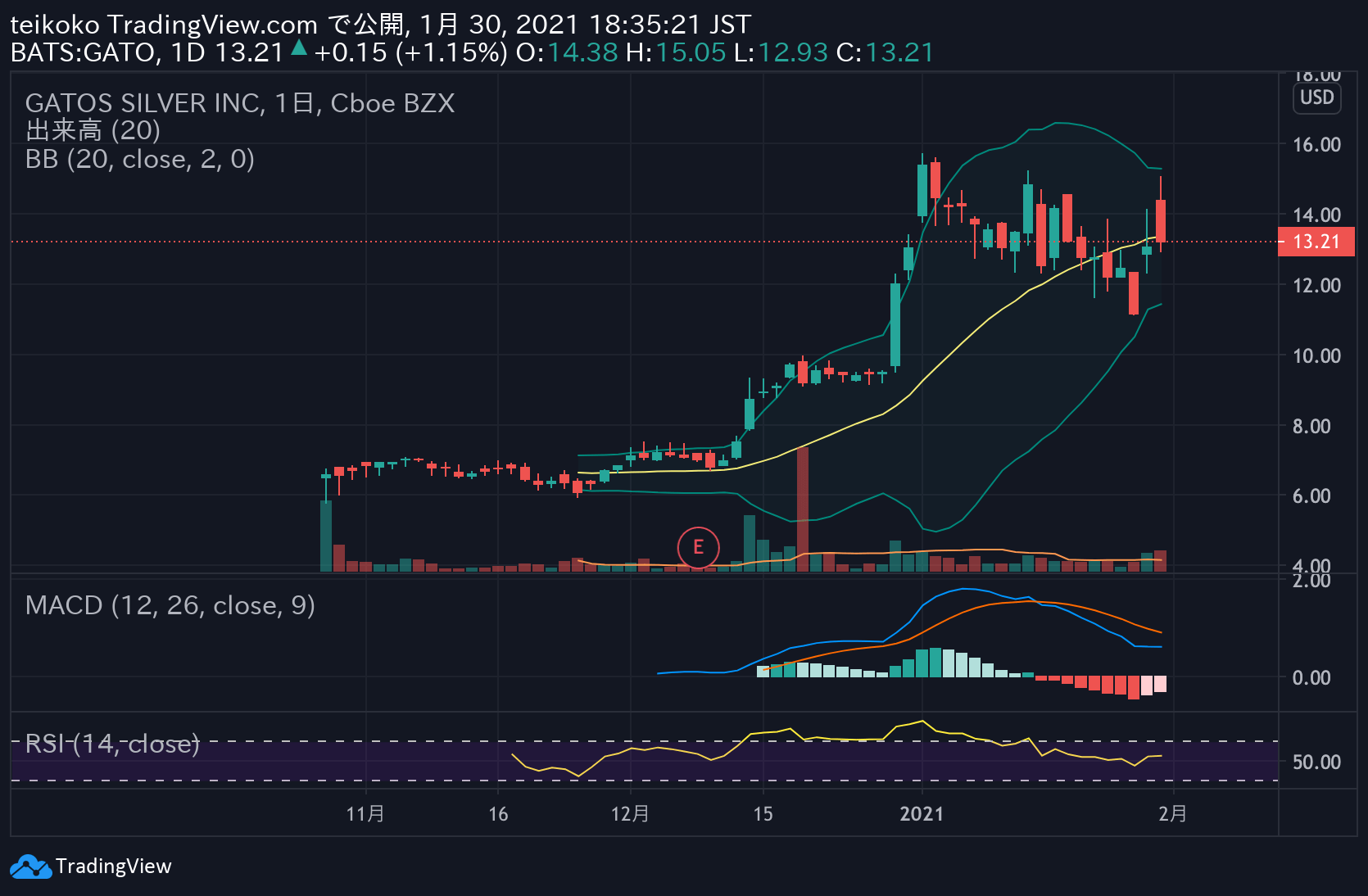 Half sold for plus 50%. After that, it goes down and up, but I’m thinking of taking a closer look at the rest. 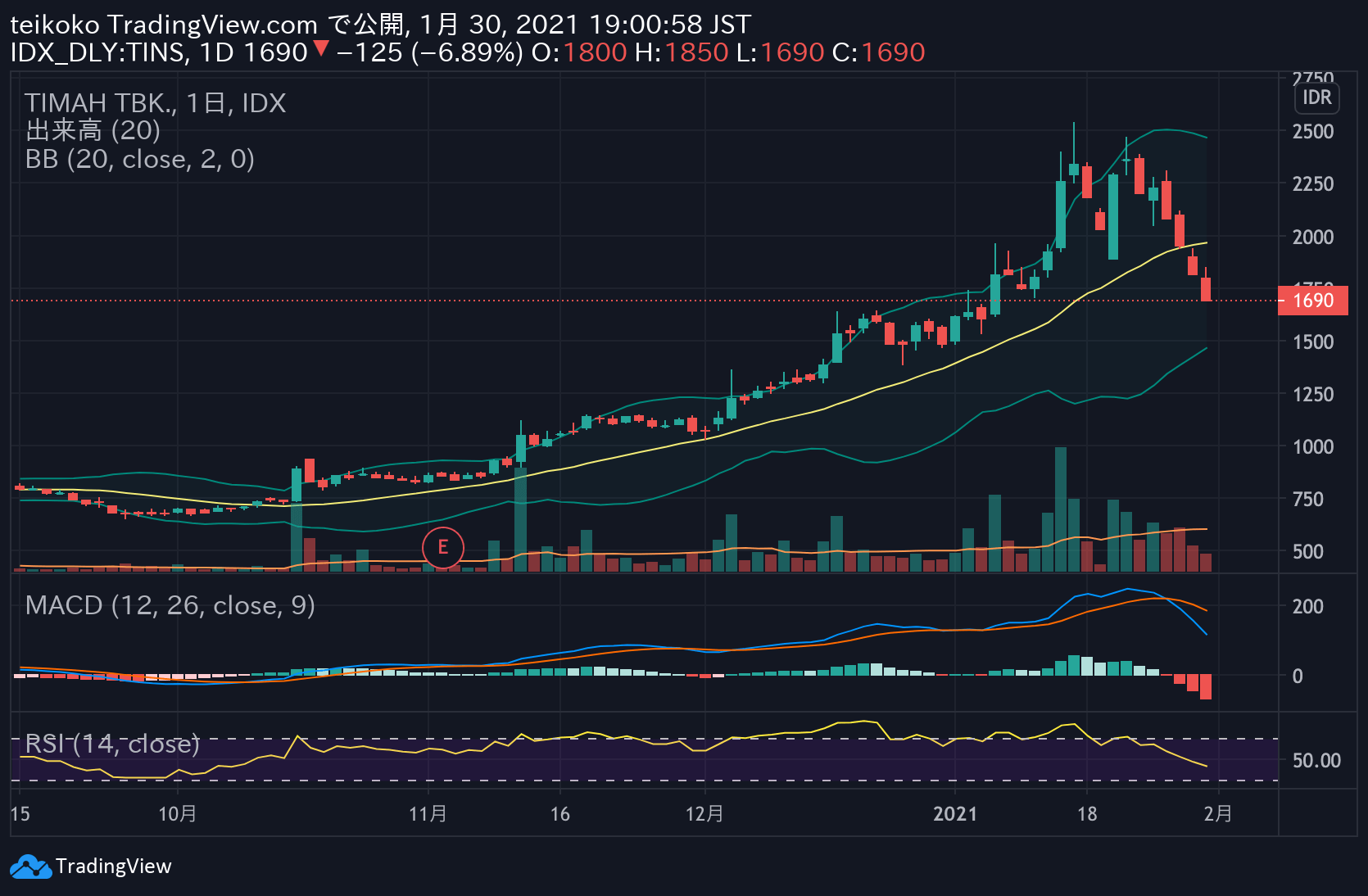 I sold half when it was plus 50%, and then it dropped to near the price I bought. If the other half continues to be lowered after February, I am considering a loss cut. However, Indonesian stocks have high transaction fees and fluctuations due to exchange rates, so they may be left unattended.

The cash ratio is quite high as the gain on sale was quite high this month. Most of the cash has been carried over to next month. 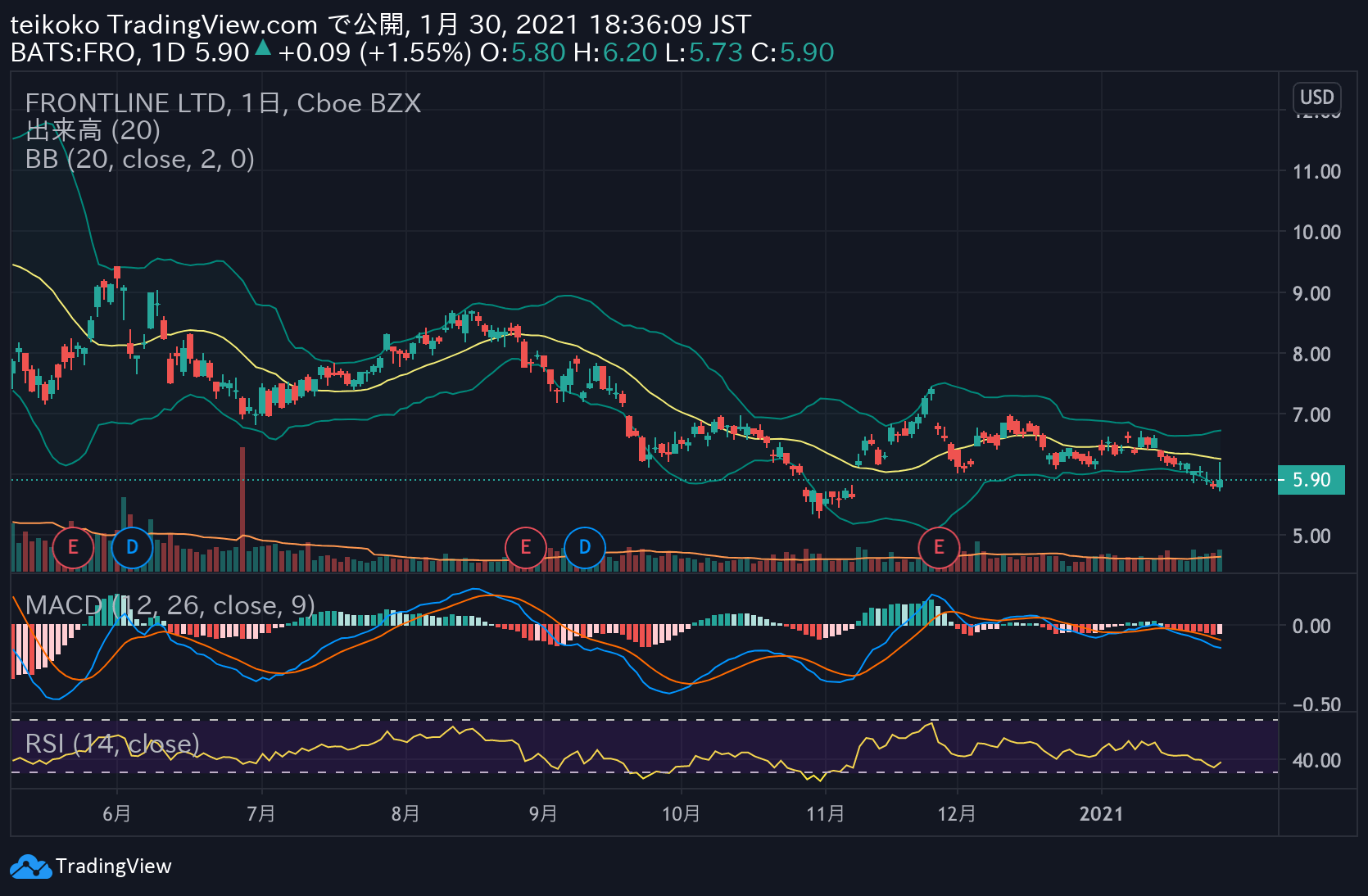 It’s a shipping company. If the expected dividend yield goes well, it is a company with a high dividend of 20% or more. Although I’d like to buy it, the chart is on a downtrend and the fundamentals are not expected to grow, so profits are expected to decline this season. I think it is a brand with no prospects for the future, such as shipping of petroleum and petroleum products.
However, it doesn’t feel like it’s going to collapse soon, so I bought it for the time being. The company name Frontline is good. 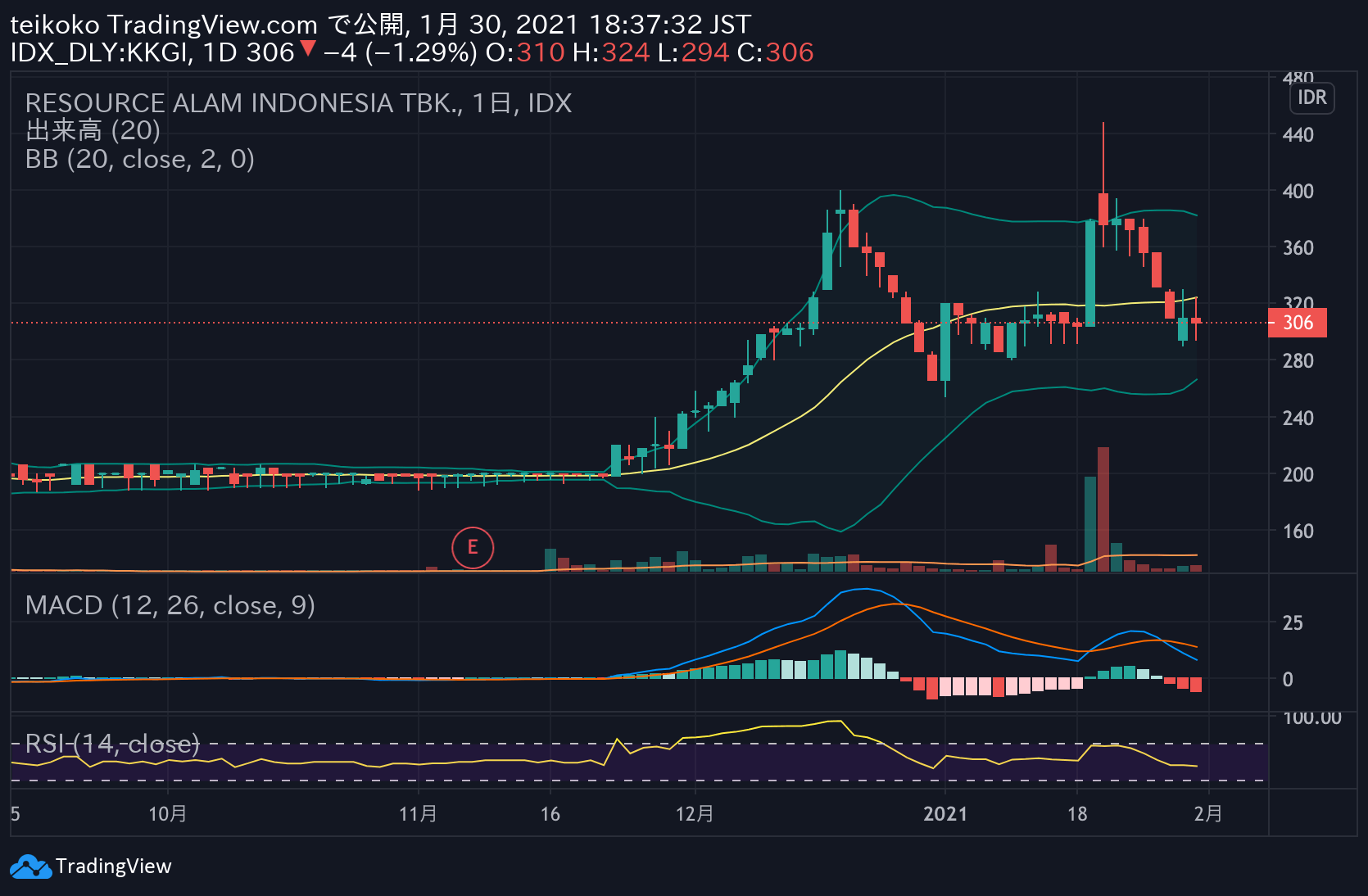 I bought it at Rupiah, which sold half of Timah. When I thought it went up immediately, it returned immediately (laughs). Indonesian rupiah is difficult to use, so I tried to find out the Indonesian mining stocks that can be traded with SBI SECURITIES.

A group of mine-related stocks in Indonesia[Stock Investment]

Summary of this month

I’m glad I was able to make a profit this month at the price I expected. Only half. Considering the degree of decline at the end of the month, I think it would have been better to sell all of them, but I’m wondering what to buy after cashing, so I think it was good to take half the profit.
By the way, I also have Japanese stocks. Only for Softbank (mobile). This is a feeling of slowly rising. In a sense, it is not linked to US stocks, so I feel that it is a good diversification. I am looking forward to seeing if it will continue to fall in February and what the market will be like.